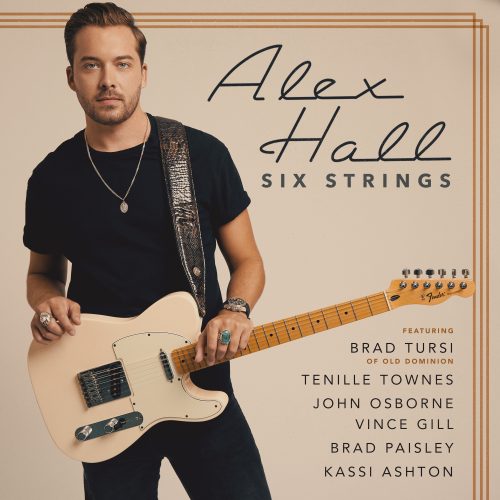 Alex Hall’s artistry is centered around his guitar playing and songwriting which serve as the foundation to this six-track project.  Co-produced by Alex, Pete Good and AJ Babcock, the EP includes featured guitarists and vocalists on each song. The features include John Osborne, Brad Paisley, Vince Gill, Brad Tursi of Old Dominion, Tenille Townes and Kassi Ashton.

“It’s such an honor to play and sing alongside my friends and heroes on the Six Strings EP. I’m so proud of this body of music, and I can’t wait for the world to hear it!” says Alex.

The first track off the EP, “Jealous Love,” features John Osborne and is out today. The hard-hitting, driving track showcases Hall’s stand-out vocals and is electrified by he and John’s dueling guitar solos.

The full EP will be out early next year.