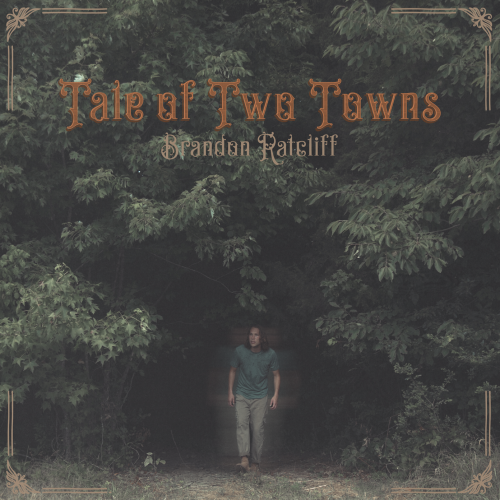 NASHVILLE, Tenn. – Today, singer/songwriter Brandon Ratcliff releases his debut album, Tale Of Two Towns, on Monument Records. The 18-track project finds Ratcliff emerging confident and at peace on the other side of nearly three years of self-discovery…finding his way, both in music and in life. Produced by Pete Good and AJ Babcock, Tale Of Two Towns is out now. Listen HERE.

With Tale Of Two Towns, Ratcliff pulls not only from the Louisiana bayous he grew up around, but also from the bluegrass music his mother made famous as Suzanne Coxof the legendary and multi-GRAMMY Award winning bluegrass group, The Cox Family.

“I hope this record feels like a friendly handshake that says ‘Hey, I’m Brandon Ratcliff,'” says the Cotton Valley, LA native. “I want people to see themselves in these songs, and in the questions that I ask myself and the things I struggle with and that this is just the beginning of our reflections and growth together.”

Growing up, Ratcliff’s family often shared stories of heartbreak and loss, faith and love, guilt and pride. They are stories Ratcliff has lived, and feelings he knows too well. With this new record, he explores each of these themes in a project that is split into two volumes. Volume 1 is a complete body of work exploring the life-altering decision of whether to leave home or stay, while Volume 2 is filled with instrumental interludes, holding space for the songs Brandon will write about the next chapter of his journey.

Ratcliff released the title track, “Tale of Two Towns,” which Billboard called “a towering statement” last year as well as four additional tracks, “Always Moving On,” “ Grow Apart,” “Someone Who Believes In You” and “Drove Me Country. ” Those songs were his first new releases since his debut EP in 2020.

The rising country singer also released a series of videos for the new tracks with CMT calling him “a natural behind a microphone.” Watch the videos HERE.

Ratcliff’s debut single, “Rules Of Breaking Up,” came in October 2018 and accumulated over 50 million streams. He hit the road with Kelsea Ballerini and Brett Young, released his EP Sometimes Always Never, and opened dates for Keith Urban. He appeared on the Spotify Viral Chart and was selected as a Pandora Ones to Watch artist, while topping Rolling Stone’s all-genre Breakthrough Artists chart.

But like so many when the world shut down in 2020, Ratcliff found himself at a crossroads with his music, his sound and his life, so he went back to Cotton Valley, LA – the hometown he had been so eager to leave after high school. While there, he wrote nonstop, sharing truths he had never shared before, the result is Tale Of Two Towns.