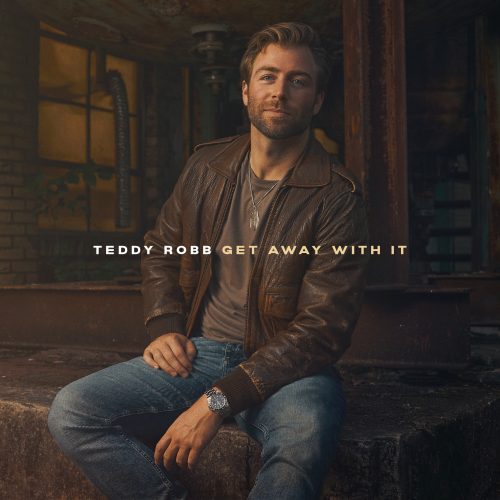 TEDDY ROBB ANNOUNCES EP GET AWAY WITH IT,
OUT FEBRUARY 25

NASHVILLE, Tenn. – Teddy Robb announces his forthcoming EP Get Away With It, out February 25, and releases track “1500,” available everywhere today via Monument Records.

Nostalgic and heart-felt, “1500” is an ode to days gone by. Written by Robb, with Pete Good, Brandon Ratcliff, and Dave Turnbull, and produced by Good, in “1500” Robb reflects on youthful days spent in an old Chevy 1500 farm truck. “It wasn’t anything special, but I had a blast in it,” he says of the memories in the classic truck that sparked the song.

While stuck in his Nashville condo during the pandemic, Robb was left to ponder what he left back home in Ohio, to chase his dreams in Music City. He kept going back to that old 1500. The idea for a truck song didn’t exactly resonate with his co-writers and it almost didn’t make it past the writers’ room, but Robb fought for the idea. “I said, look I know there’s a lot of truck songs, but I want to do my take on it.” shares Robb. “The first line we spit out was, ‘I was 16 in a 1500,’ and immediately we were like that’s the song right there.”

Born in the farmland of rural Ohio and seasoned in the small venues of Nashville and Colorado, Robb continues to build on his distinctive country and midwestern style with “1500.” His deep cascading vocals and heart-felt lyrics influenced not only by his Americana upbringing, but also by musical greats, like Johnny Cash, Glen Campbell, George Strait and Brooks and Dunn, who first inspired the singer/songwriter’s journey to Music City. A perspective and feeling Billboard calls “a gritty sense of resignation pouring from a shattered heart.”

“1500” is the newest release off Robb’s forthcoming EP Get Away With It, out February 25.

Pre-Add/Pre-Save Get Away With It HERE

Track Listing for Get Away With It

With over100 million worldwide streams to date, Teddy Robb’s laid-back vocals and authentic songs bring a distinctive country and midwestern style to the genre. After being named to Apple Music’s Next Up Now Program, playing to a national audience on the TODAY Show, and being written about in Billboard, Rolling Stone, and Cowboys & Indians, Robb released his debut EP, with American Songwriter declaring, “there is a distinctiveness to not only his vocal approach, but his style.” Since then, he has continued releasing songs that look at traditional country stories, from a new perspective. His clever wordplay, smooth vocal, and rock n roll influence are on full display in recent releases “Whiskey Can’t” and “Cigarettes’ll Kill Ya.” Robb just announced his upcoming EP Get Away With It, out February 25.