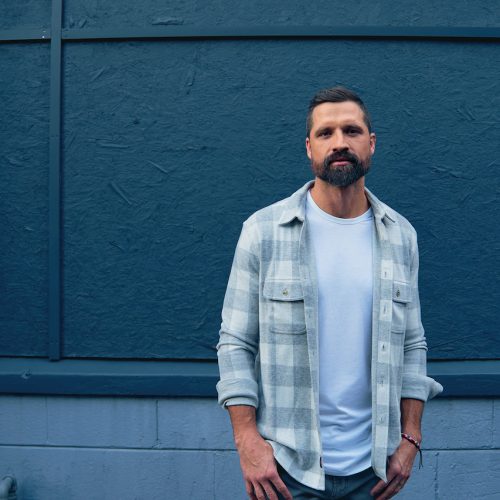 Nashville, TENN. – It’s been a week since GRAMMY-nominated Walker Hayes released his highly-anticipated Country Stuff The Album, and like with his smash hit “Fancy Like,” he continues to have these pinch-me viral and critically acclaimed moments.

Country Stuff The Album officially debuted in the top 10 on Billboard’s Hot 200 Chart this week, and at No. 2 on the Billboard Country Albums Chart, while landing at No. 1 for country album sales.

In a week full of high moments, Hayes appeared on ABC’s Good Morning America to talk about the release, the music, and all it’s meant to him. He was also featured in the Tennessean, where he talked about his long journey to success, from moving to Nashville with his wife almost 20 years ago, working at Costco, and his lifechanging moment in a Smoothie King. The Tennessean writes, “If Nashville is a 10-year town, no one told Walker Hayes (and that’s ok by him).”

In the most unexpected moment of the week, Hayes found that he’d yet again gone viral after a performance at the halftime show of the AFC Championship game in Kansas City. After performing his set live to the 75,000-person crowd, including “AA,” “U Gurl,” and “Fancy Like,” Hayes got off stage to hundreds of texts, calls and memes about the show disrupting the halftime broadcast on CBS. Unbeknownst to him, his voice was heard across the country, as halftime hosts James Brown, Phil Simms, Bill Cowher, Nate Burleson and Boomer Esiason attempted to talk about the game but were drowned out by the performance.

“As a massive sports fan I was so jacked to perform halftime at the game, I just couldn’t wait to get in the stadium,” says Hayes. “We didn’t think our performance would be broadcast — so to see what’s happened, I mean, you can’t make this up! I guess we made broadcast after all!”

Photos from the day and video from the halftime show HERE.

After a weekend of sold-out shows under his belt, Hayes continues The Fancy Like Tour next weekend in Chesterfield, MO.

About Walker Hayes
Monument Records recording artist, Walker Hayes, is a GRAMMY Nominated singer/songwriter originally from Mobile, Alabama. His album County Stuff The Album features single “AA” and smash hit “Fancy Like.” “Fancy Like” has topped every sales and streaming chart since its release, spending a collective 6 months and counting at the number one spot on Billboard’s Hot Country Songs . The song was featured in a national Applebee’s ad campaign and hit the top 5 on Billboard’s Hot 100 Songs.

The proud father of six has performed his music, including the Double-Platinum RIAA certified hit “You Broke Up With Me,” to national audiences on Good Morning America, Late Night with Seth Meyers, The Tonight Show Starring Jimmy Fallon, and the TODAY Show, and was profiled for CBS Sunday Morning. His headlining The Fancy Like Tour is currently underway.